To many students, Greek life is an important aspect of the college experience, including at the University of Lynchburg where recruitment activities started on Monday, Jan. 30.

Social and business fraternities started their Rush week, or recruitment process this week, however the sororities on Lynchburg’s campus wrapped up their recruitment on Jan. 20 and are now in the process of something they call COBs, or continuous open bidding.

Panhellenic President and member of Kappa Delta, Madison Bakalov says, “Sororities have a certain chapter total that they have to be at. So as of right now we are trying to change the total to the highest chapter amount plus ten.”

This means that each sorority has ten bids that they give out to prospective members who did not participate in the formal recruitment process, although they do have to follow certain rules in regards to who qualifies for a COB.

Last week, the Daura Museum of Art at the University of Lynchburg unveiled the Spring Exhibition which features woodblock prints and insightful looks into Japanese culture.

Each of these prints shows a deeper look and understanding of the culture, fashion and lifestyle of Japan’s merchants. This is essentially what the term “Ukiyo-e” means, but it also encompasses human life in all forms.

The collection has a wide variety of themes and muses. One of the biggest pieces of inspiration to those artisans is the landscape around them.

Students and faculty alike at the University of Lynchburg flocked to the Drysdale Fitness Center to participate in a yoga class led by Dr. Stephen Dawson last Thursday.

People from all walks of life and all ages were in attendance. From older and more experienced yoga participants, to young couples looking for a night out, everyone enjoyed the class.

Temperatures outside may have been barely above freezing, but this did not stop the flow.Yoga with Dr. Dawson has been a key event at the University of Lynchburg for some time now. Dawson teaches Yoga as a for-credit-class, and on warmer days, one can see the class practicing out in the Dell.

The University of Lynchburg Wind Symphony and Orchestra are set to perform their first holiday performance since 2019.

“A Holiday Concert: Reliving the Wonders of Childhood”, is scheduled to perform for two showings, Thursday, Dec. 1, at 7:30 p.m. and Friday, Dec. 2, at 7:30 p.m. The concert is taking place in Sydnor Performance Hall, located on the campus of University of Lynchburg.

Associate Dean of the School of Visual and Performing Arts, Dr. Oeida Hatcher, said, “ I am most excited about the all children’s theme of the concert”

Professor Sandy Glass joins the College of Business faculty at Lynchburg as the newest professor in accounting and finance.

Glass has an MBA from the University of Lynchburg and brings experience from private industry and academia.

She is currently completing her doctorate at Liberty University.

Lynchburg’s DanceWorks in collaboration with the Lynchburg Wind Symphony Orchestra, will host a holiday dance extravaganza on Dec.1st and 2nd at 7:30 p.m. 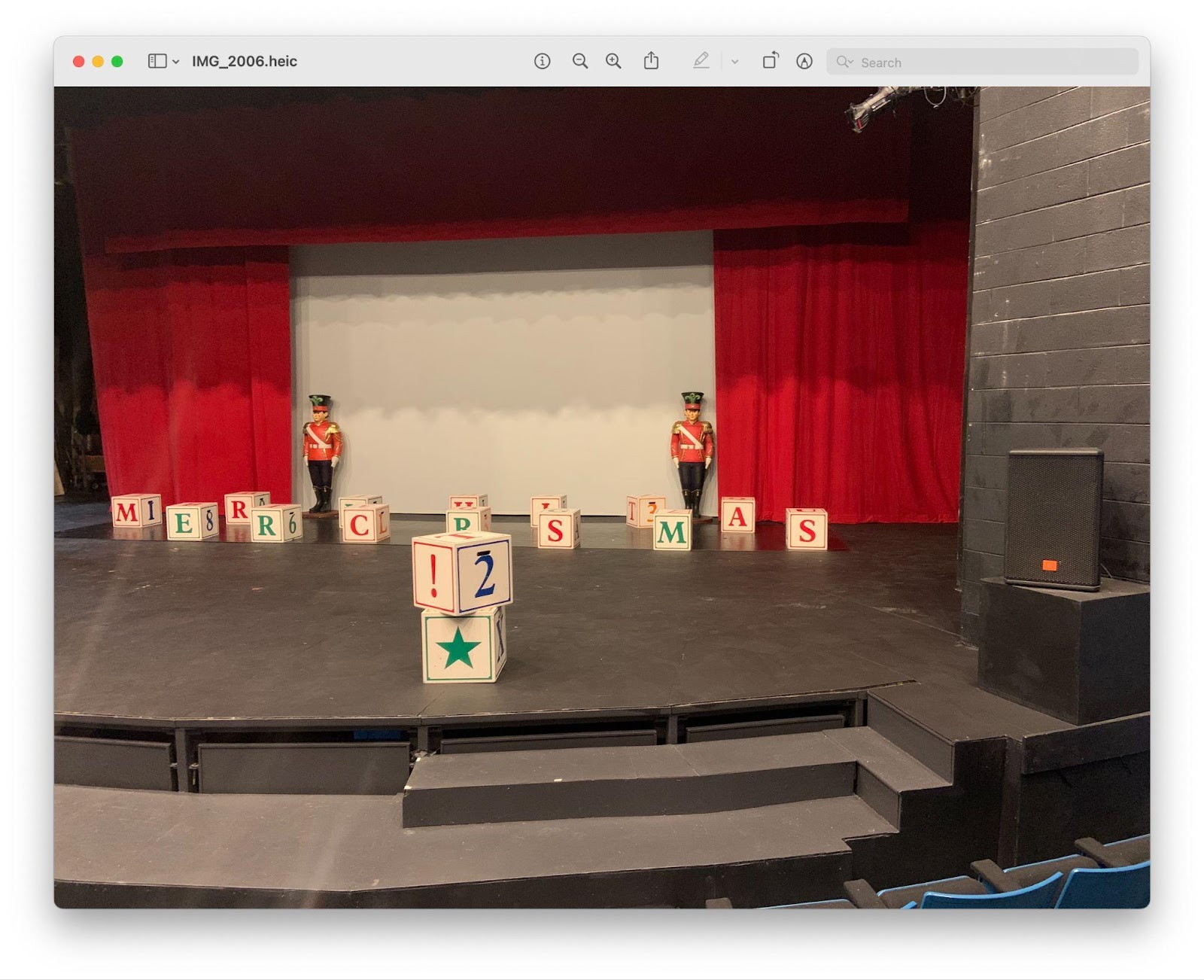 “We’re performing with the wind ensemble for the holiday concert. This is a part of music and theater together,” says Loretta Wittman, who choreographs DanceWorks.

The City of Lynchburg has decided to remove College Lake’s dam to turn it into a wetland, but this decision comes with some dispute among scientists.

Dr. Henry-Stone, an environmental sciences professor at the University of Lynchburg who has been working in collaboration with the City of Lynchburg to help coordinate the dam’s removal, says, “The lake was much bigger when it was first built in 1934 and it’s been filling in with sediment which is dirt runoff from around the city, so the lake has shrunk in size. Therefore it has sort of reduced the habitat for aquatic organisms but it also comes with other forms of pollution like bacteria from sewage,” when asked about what environmental problems the lake poses.

The University of Lynchburg traveled to Washington D.C. on Nov. 10 to participate in the 30th annual Mid-Atlantic European Union Simulation, dominating the competition.

The simulation gives the students the opportunity to act as elected politicians from their European member-states, and would then discuss and amend proposed legislation over the two main topics: Human Trafficking in Europe and the Ukrainian Refugee Crisis.

Dr. Marek Payerhin, who is in charge of handling the simulation, says, “Everybody’s going in the right direction, I’d like us to repeat the very successes we’ve had in the past. We tend to be very good in winning different positions and influencing debate on the floor.”

The simulation asks students to pick apart legislation created in relation to the biggest problems in Europe, then amend said legislation in accordance with their party’s views

Photo by: University of Lynchburg Theatre

Professor Jeff Wittman’s students have prepared in seven small groups, each performing scenes from a different play studied in class.

The production allows students to gain experience on stage while directing opportunities are available for upperclassmen.

Senior theatre major Connor McCroy is directing The Agreement, a play written by Douglas Taylor. Compared to acting, the role of director has posed a wealth of new responsibilities throughout the rehearsal process.

“The directors, they’re not just the director,” McCroy said. “We’re going to be lighting design, scenic design, costumers; we’re taking care of pretty much all the technical aspects of the play.”

McCroy’s position allows him to engage audiences with new forms of entertainment.

The University of Lynchburg plans on building a new bouldering rock wall for students in Wakefield house in spring 2023.

Pictured above is Rise Up climbing gym, Downtown Lynchburg from: https://www.lynchburgvirginia.org/listings/rise-up-climbing/

Chief Innovation Officer in the Center for Innovation and Strategic Partnerships at The University of Lynchburg, Savannah Cook, thinks the wall is, “a good amenity and will be totally free to students.”

Cook said, “We have a lot of student interest right now, that if we had it (the rock wall) on campus I wouldn’t need to go to rise up and pay all those fees,” and “It’s to Improve the student experience and potentially recruitment.”

Giving students an opportunity to climb and live a healthy lifestyle is a goal of the project.

Walton said, “it would get people into rock climbing more,” and that, “it’s hard to get down to the (rock climbing) gym downtown.”

Since the only rock climbing gym in town can be expensive for students, the new wall will give student outdoor enthusiasts a free chance to try out something new or hone in on their skills.

To check on the progress of the wall and find updates on the completion, make sure to check the university’s social media platforms and website for announcement of the ribbon cutting ceremony.

Established in 2021, the Center for Innovation and Strategic Partnership tackles the ideas from faculty, staff, and students that will improve the university.

This taskforce of innovators is a group of individuals that wishes to enrich the campus experience as well to meet the initiatives of President Alison Morrison-Shetlar.

Chief Innovation Officer Savannah Cook said, “One of the biggest things we have been working on is we have over 90 ideas that have been submitted to us. A lot of them are from last year.”

Cook said the committee is sorting ideas based on the goals of Center for Innovation and Strategic Partnership, CISP and that priority is placed on ideas that are revenue generating, cost saving, or improve the campus experience in some way.

The committee is currently working on the iRacing rig which was a donation from Dr. John “J” Salmon.

Vice Chair of CISP, Cameron Lohr explained, “the iRacing rig is really important to the IC (Innovation Collaboration) because we had an outside contributor. We also had the donation so that sort of was the first for us also. (This was the first time) where we had someone from the community come in and pitch an idea to us, we helped him make it happen on campus.”

Every year the Music Department at the University of Lynchburg hosts a concerto-aria competition for vocalists and instrumentalists to perform for a panel of judges, which prepares them for a future in the performing arts.

The week leading up to the competition, however, demands lots of preparation and nerves according to Camejo. She said, “I’ve been really preparing since the start of the semester, and as for this week I’ve been sucking on lots of cough drops and just trying to rest my voice.”

For both instrumentalists and vocalists, they must perform between seven and ten minutes of music. In the past this music was required to be memorized, but due to this being the first competition since COVID-19, organizer and associate professor of music, Dr. Chris Magee decided to change that this year.

On October 29th, the University of Lynchburg’s mens and womens cross country teams clinched the Old Dominion Athletic Conference Championship titles. This is the second straight title for both the men’s and women’s programs.

On the men’s side, the Hornets swept the field for the first time in history. Senior Frank Csorba took the individual title with an eight-kilometer course time of 25:38.4. Fellow Hornet, Corbin Green followed closely behind with a time of 25:38.7.

Senior Sam Llaneza and sophomore Marko Kocacevik and Cooper Hurst rounded out the top five to secure a top five sweep of the field for the Hornets. There were also four more Lynchburg runners represented in the top 15.

Junior runner Sam Graham spoke highly of the program’s culture attributing that to their consistent success. “Obviously success is great and everyone wants to be part of a good team, but it takes a cultural commitment and buy-in to turn into a competitive program year-in and year-out. That’s what Coach Reed has established during his time at Lynchburg,” said Graham.

A chapter of Delight Ministries was started on campus at the beginning of the semester to provide a “Christ-centered community for women @ UofL,” according to the group’s Instagram page.

Sophomore social media coordinator and team director for the chapter, Riley Winefordner says, “Basically, when I came in freshman year I knew that I wanted a Christ-centered community and I didn’t have fellowship in high school at all, so it was something I was really looking for when I came to college. I found some groups that I really enjoyed, but I was really craving that women’s group where I could be more vulnerable and connect with women and really share struggles while still learning about God, and honestly having a place where I could come week to week knowing that everything else fades away and be with other Godly women who can encourage me.”

Delight Ministries is headquartered in Nashville, Tennessee, and has 205 chapters at colleges all across the country. \